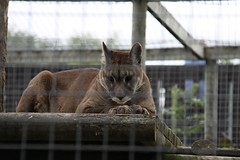 This new release contains limited support for Mountain Lion. The bliss application is now executable from the bliss.dmg file whether or not Gatekeeper is enabled. However, bliss cannot be copied out of the DMG to other locations on your disk, such as Applications. I am still talking to Apple about resolving this.

The cover art rule has been improved in terms of its coverage; in tests it now retrieves an extra 10% of artwork. Since June, when bliss dropped its use of Amazon for finding artwork, bliss's artwork coverage has been lower than I wanted it to be. This latest improvement is hopefully the first of a series of improvements in this regard. Parallel to this, MusicBrainz's/the Internet Archive's Cover Art Archive continues to grow and will hopefully support better coverage in the future.

A bug with the Google Images search when the maximum data size rule was enabled (it wouldn't display alternative art) has also been fixed.

Finally, the algorithm for retrieving genres from MusicBrainz has been improved to use the most common voted genre and discard numeric tags (e.g. years).

Existing users can update from within the bliss application. Currently, you will have to restart bliss after updating.

Thanks to Dave Catchpole for the image above.