DSD versus DSF versus DFF. What does this mean for audio libraries? 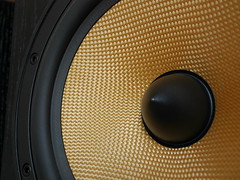 Direct Stream Digital (DSD) is a way of storing digital audio data. What's interesting about DSD is that it's fundamentally different, not only to tapes, vinyl or punched cards, but also to other types of digital audio storage. It was originally conceived for storing audio on Super Audio CDs but has since become a way of storing computer-based audio.

Historically, most digital audio storage boils down to the audio data being either stored or converted to pulse-code modulation (PCM). PCM is how CDs store their audio, it is commonly the audio form that WAV stores, and for other audio file formats (FLAC, MP3, whatever) it is the resulting audio data stream that is sent to a DAC.

DSD is different in that its underlying audio storage is pulse-density modulation (PDM). This makes certain demands on your playback equipment for "true" PDM support, although other mechanisms exist to convert the DSD signal to PCM for broader DAC support.

I'll leave the audiophiles to discuss the merits of PDM versus PCM, and DSD versus the common-or-garden audio file formats. As ever, what I'm interested in is where this leaves the audio collector and the music-library-organiser.

From the point of view of organising your music library, DSD is a bit of an irrelevance. The reason for this is that DSD is simply the audio storage mechanism; there's no direct influence as to how DSD maps to computer-based audio files, neither does it dictate how metadata for the audio, such as the name of a given piece of music, its location on a release, or anything else, should be stored. Put another way, there's no such thing as a DSD file.

It's when we begin to consider the file formats that DSD can be contained in that things begin getting practical for a music collector. If I want to clean up my music library, and keep it that way, which format should I choose?

When stored on a computer, there are two major file formats for DSD: DSF and DFF. Normally, when I compare two competing approaches for what is essentially the same thing, I tend to say: this approach offers this benefit, while this other approach has some other benefit. But in this case, I won't. The choice is refreshingly simple: use DSF.

DSD Storage Facility (DSF) files are far better suited to music library management because they allow the inclusion of metadata. This embedded metadata includes the names of the audio contained, information about the release the audio is part of, and other data such as album artwork. Hence, a DSF file could be transferred to different music players and retain the same metadata.

Meanwhile, DSD Interchange File Format (DFF) files don't allow any tags to be stored, making music library organising much more difficult. Storing information about the audio means using separate databases, which is a pain when moving the music from one system to another. Each time you import a given DFF file into a new music player, its metadata may not be recognised, making your library a pain to navigate, browse, search and generally use.

You could store rudimentary metadata in the file name of a DFF file. But this has severe limitations in terms of the richness of data that can be stored. In general, you should try to avoid storing much metadata in file paths.

About the only thing that DFF has going for it is the fact that some devices do not support DSF. If your DAC does support DSF, then I would recommend moving your DFF files to that format. The internal audio stream is identical, and you will benefit from additional metadata which is transferable across music software and hardware.

You can probably tell where this is going...

I'm pleased to say that DSF support is on its way to bliss! We're performing some final tests on a new version that supports DSF, and we're hoping to release in a few week's time. Stay tuned!

Thanks to hammershaug for the image above.