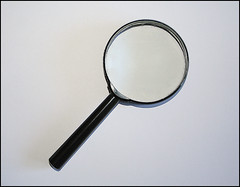 In the midst of writing bliss's in-app updater I was alerted to a change in both Amazon's APIs and its Terms and Conditions which meant bliss was no longer able to access the Amazon API for downloading cover art. Starting from this release, bliss uses the Cover Art Archive to download artwork discovered via MusicBrainz.

Since bliss's very first release, bliss has used Amazon to find artwork for releases discovered via MusicBrainz. The approach was this: find the release in MusicBrainz using the album/artist name (latterly the acoustic fingerprint is used too), then use MusicBrainz's record of the release's ASIN to find the cover art stored over at Amazon. bliss used the Amazon API to accomplish this.

With the latest changes to Amazon's ToS you must now be a 'seller' (actively sell products on Amazon) to use the Amazon API and, not wanting to 'fudge' a solution, I decided to discontinue use of Amazon for downloading artwork. This decision was influenced by the knowledge that MusicBrainz was moving toward using the Cover Art Archive to host its album art images. Currently, the number of artworks uploaded to the Cover Art Archive is nowhere near that of Amazon's, but hopefully this should improve with time. There's also a side benefit which is that the artwork on the Cover Art Archive tends to be of a much higher quality.

I also managed to get one further improvement into this release: bliss now makes an attempt to read artworks' resolutions when the artwork is over 2MB in size. Before, bliss would avoid reading in the entire file, due to worries about memory load. Now, more efficient image loading had been adopted so that at least one attempt at loading a large image's dimensions can be made.

Download the new release from the downloads page. Your existing fixes apply!

Thanks to Jeffrey Beall for the image above.