Five discussions to make you reconsider how you listen to music 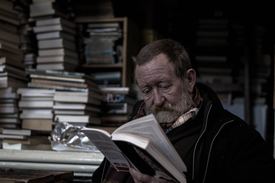 Over the years we all build up habits about how we listen to music: albums/singles, playlists/shuffle, genre hopping, back catalogues and year-by-year browsing.

But what if you get in a rut and that begins to impact the breadth of music you discover and enjoy? Could you be missing out?

I mentioned before I’m a frequent lurker (and sometime poster) on Let’s Talk Music. Discussions on that particular sub-reddit focus on both the ouevre of various artists and genres and also it gets more meta - considering how we personally listen to music.

I’ve been collecting links to insightful and useful discussions on the subject of music listening. I took something away from all of them, I hope you do too!

This was always a concept I was familiar with; even the least self aware person must notice it but it’s also easy to spot in others. But until I began reading Let’s Talk Music I had no name for it: Formative Years Bias.

Strategies to overcome formative years bias, how do you do it? from r/LetsTalkMusic

Maybe it’s just because I’m a massive introvert and pretty guarded about sharing my musical taste but it’s sometime hard to articulate what music you like, and why.

How do I learn to articulate my opinions and thoughts on music beyond the superficial? from r/LetsTalkMusic

So hopefully less of “oh, I like all genres” from now on…

I’m not the only album guy

… well I knew that, but it’s nice to know there are others out there…

Does anyone else ONLY listen to albums? from r/LetsTalkMusic

Some people really open up with the anonymity of reddit. It was pretty moving reading through this piece, but what struck me was how different people, in different mental situations, choose music in different ways.

On the development of the 00s’ and 10s’ pre-eminent genre

Hip-hop, if you were wondering. I’ve not always been a fan, and it’s something I’ve had to work on in the past few years. But it’s unquestionable that the genre is really maturing and the scene is as diverse and interesting as ever.

Can We Talk About What an Amazing Place Hip Hop is in Right Now? from r/LetsTalkMusic

Personally I’ve found using my own fondness for melody has given me a route into hip hop. Rather than go full-on gangsta straight away, I found pop-rap like Kanye West a good way “into” the genre.

Thanks to Jilbert Ebrahimi for the image above.