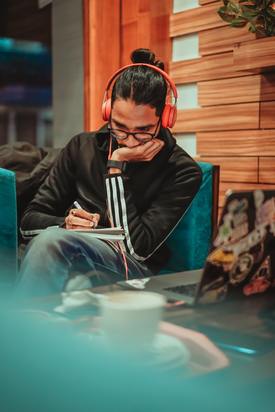 Cutting my garden’s grass seems like an odd introduction to musical analysis, but actually it’s often the only time in the week I’m able to simply listen to something. Cutting grass doesn’t really require much mental focus (not the way I do it anyway) and so I’m able to concentrate on podcasts!

Initially most of the podcasts I listened to were in particular areas of interest - software businesses, news, history, economics, politics. But then a weekly periodical I read started featuring a round-up of podcasts. And from there I was introduced to musical analysis podcasts.

Musical analysis podcasts are simply podcasts discussing pieces of music; the music itself, why the music is important, the history and background of the music and artist and so on. They slice and dice “music” in different ways - some focus on individual songs or works, some on full album releases.

I’ll start with the first podcast I was introduced to, and then move on to others that I’ve found as a result. 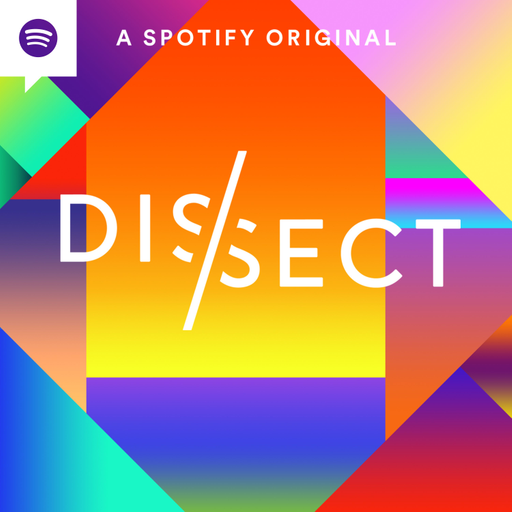 Dissect is written and presented by Cole Cuchna. After picking up a barrowful of awards, Spotify adopted the podcast and now aid in its production.

Dissect is structured in series, each dedicated to one album. These are generally very recent (post 2010) albums (The Miseducation of Lauryn Hill from 1998 being the exception) and are mostly hip-hop or pop releases.

I love the structure and approach of Dissect. The album-per-series structure is just what I want as an album guy because not only does having one-episode-per-track allow for some really deep analysis, the overall series structure makes the progression through tracks feel really cohesive and provides a consideration of the album as a whole.

At times Cuchna discusses the music in quite technical detail, using music theory, but this is done in a very accessible way, opening the door to further learning. Generally, though, such discussion is limited, and as much analysis is put into the historical context of the album for its composers, authors, and the world at large.

I only wish Cuchna expanded the genres a little that he works on. I’m guessing he’s focused on depth, which is great, and so there’s a limited amount of releases he can analyse. But still, it would be good to learn about standout records from wider hip-hop, dance, rock or other genres. 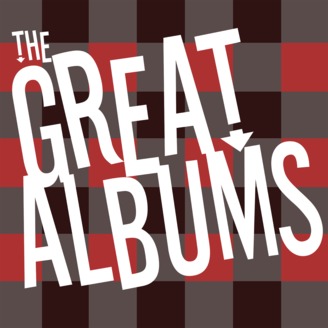 The Great Albums takes a different structural approach. As the name suggests it’s album focused, but each album has its own podcast and tracks are discussed within the episode. This makes for quite long podcasts.

The podcast itself is hosted by two recurring hosts, Bill Lambusta and Brian Erickson, and guests they bring into the podcast every so often. The discussion is much more subjective; you feel a little like you’re overhearing a discussion between friends as to what, simply, they like listening to. There’s not much music theory for example, but there are historical notes as to the backgrounds of the artists covered.

One of the best things about The Great Albums is the sheer number of albums they’ve covered. The podcast is in something of a hiatus now after covering many albums from 2015 to 2019, but all that is evergreen stuff anyway, so the lack of new episodes isn’t a big deal.

Sometimes I feel the discussion can get a bit sidetracked (yesterday’s listen about The Blue Album had, at one stage, a discussion essentially amounting to how the difference in people’s appearance as they age gets greater the more they age) but in some ways this is part of the friends-chatting charm. 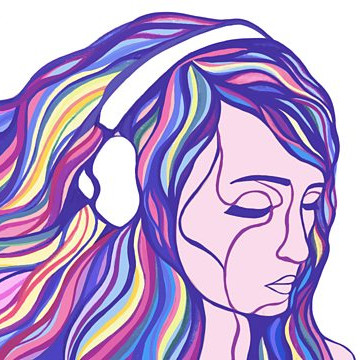 The best produced of the bunch, Soul Music takes a primarily emotional perspective on the music. Unlike the other podcasts, it also steps outside of contemporary music, including folk and traditional songs, music from the classical canon, and other genres.

Each episode comprises interviews with people who have studied or performed the music in question; or if they have some emotional connection to the music, it having soundtracked a turning point in their lives, or maybe summed up a longer period of their life. The podcast skips between interviewees so three concurrent stories build through the episode. There’s no human host introducing these, so you really get to concentrate on these developing stories.

Each episode only covers one song or work. Some of the episodes are really affecting. I recall stories of nursing a sick child in the There is a Light That Never Goes Out episode and the recollection of a first meeting with a new love in the Hallelujah episode; both catch-your-breath, lump-in-the-throat moments. 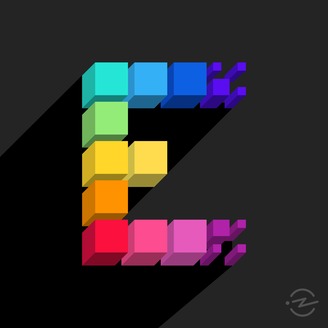 Song Exploder is different to the other podcasts in that it’s led by the artist themselves. It concentrates on one song per episode and typically artists aren’t repeated, so there’s a very broad back catalogue.

I find some of the song choices surprising in that often the song will not be one of the principle “hits” or well-recognised tracks by an artist. Maybe that’s because the episodes are led by the artists.

Personally although it’s interesting to hear the artists’ perspective, I prefer the interpretation of third-parties. There’s generally less context discussed; if there are any historical notes it tends to be the artist discussing their own backstory. But still, it’s an interesting listen, and an approach others might prefer.

Are there any other musical analysis podcasts you listen to? Let me know in the comments below so I can try them out!

Photo by Dollar Gill on Unsplash