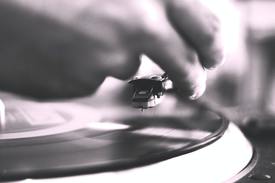 I often think about this in relation to two tracks by Radiohead: Planet Telex and Airbag. Both are distinctive - Planet Telex’s soaring soundscape and Airbag’s car-crash abruptness seem to prepare you for the journey you’re about to take.

Different openers make for different moods. Dark Fantasy leads with a spoken narrative followed by an anthemic gospel mantra. It feels like the song is saying What you’re about to hear is important.

I often wonder about this because, frequently, opening tracks spring to my mind when I think of summarising an artist’s most important work. And yet, I infrequently see others do the same. Maybe I’m too much of an album guy, and see an artist’s work being defined by the album, so tracks that are a major influence on the album hold more significance for me.

I don’t really have the same bias for last songs. I think they often have their own significance, and there is a tendency in some genres to have the last song as some sort of sprawling magnus opus. But for some reason they never capture my emotion or, more generally, my idle thoughts in the same way.

Photo by MITCH BOEHN on Unsplash