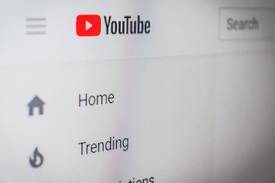 Last year I blogged about four musical analysis podcasts I enjoy listening to.

Podcasts are still my favoured medium for this. But the video content behemoth YouTube is also a source of a number of interesting channels of musical analysis.

Here are six YouTube channels I keep coming back to for interesting videos on musical analysis.

12tone is a great place to go for musical theory. Like Middle 8 it’s sped up, dense in information and you’ll find yourself pausing and repeating parts of the videos to make sure you’ve understood it all! It’s quite enthusing in the way it encourages you to learn more about musical theory and how that discipline affects your listening.

As a result, most of the content is not in the form of album or song reviews, as such. While one particular song is often the focal point of each video, it’s very much the musical theory that is discussed. In addition, there are a bunch of musical theory videos which give some great base knowledge.

Of all his videos I’ve seen, my pick is his brilliant takedown of “professional opinion haver” Ben Shapiro regarding rap:

Adam Neely’s channel is, like 12tone, focused on musical theory. In addition, being a musician himself, he posts a lot of videos about musicianship and composing. I don’t really think being a musician is necessary to being a good critic, but it does give a different perspective.

Neely really goes to town and, more than any other channel in this list, takes musical theory as the start and focus point for almost all of his videos. He presents in a sped-up, information dense style.

My video pick is a fascinating expose of The Girl From Ipanema.

The subjects also vary quite wildly in type. Middle 8 mostly discusses contemporary popular music, but in very different ways. There are album and song reviews, plus broader considerations of artists and genres.

A little like Dissect there’s some educational and sign-posty dips into musical theory.

One of my favourite posts that showcase this approach is that of how emotion is communicated in Funeral:

The Needle Drop is probably the most popular and talked-about of the YouTubers in this list. The presenter, Anthony Fantano, is something of a YouTube legend and has influence there beyond just music. He drops in a lot of Internet-culture references and adopts and discusses broader Internet memes.

Most of The Needle Drop’s posts are album reviews. In addition, broader “worst to best” videos give an idea of artist progression through their albums.

My pick is his “Worst to Best” for Kanye West which is almost identical to mine…. aside from the top two positions being switched. So he must have pretty good taste.

Trash Theory isn’t just about music; there’s also video game and film reviews. But the bulk of the output are music essays. Being made by a British vlogger, the content is often more focused on British music and the influences around it.

The videos tend to be about broader artist and genre themes than specific albums, although there are some videos which take a song as the starting point. The videos themselves are more relaxed than many other YouTubers’; the presenter has taken the decision to take a more traditional, leisurely style rather than the fast-paced, attention-deficit approach adopted by many other YouTubers.

An example of this is the history of shoegaze video:

Vinyl Junkies is biased toward record (as in: vinyl) collecting. For the most part this is what the channel concentrates on, but in addition there are two types of videos that stray into musical analysis.

First, Vinyl Junkies curates a bunch of musical documentaries from elsewhere on YouTube. There’s some real gold in there.

On the other hand is his “Old Man listens to…” type videos. I’m not sure if these are the equivalent of YouTube clickbait; a video to get a lot of likes and show up in search results so he engages some more viewers. Whatever the reason he does these well; the OK Computer video, in which he (purportedly!) listens to OK Computer for the first time is excellent.

It takes a while to get going, but it’s worth it, especially around the Exit Music (For a Film) point where he gets extremely emotional.

Oh, and if someone could explain the “Bongo” reference to me (is he referring to Bono?) I’d also be grateful!

Photo by Christian Wiediger on Unsplash