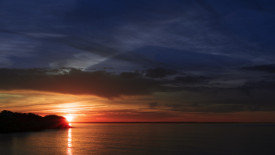 Just under two years ago I blogged that we would stop making bliss updates available for the VortexBox 2.2 repositories. This meant we still built an up-to-date version for VortexBox 2.2, but it wasn't available in the "repos" for easy installation.

Now, we're going to have to stop building new versions for VortexBox 2.2 completely. The current released version will be the last one.

The reason is that, from the next version, we will require Java to be at least version 1.8. This is to support a number of things going forward, in-particular support for later Java versions which are being rolled out.

Of all VortexBox users using bliss, VortexBox 2.2 accounts for about 10% of this. In some ways that's a larger number than I'd want to let go, in other ways it seems the right time to take the product forward for others.

VortexBox 2.2 itself has long since been deprecated - I suggest moving onto VortexBox 2.4 as soon as possible.

Thanks to Gautier Salles for the image above.