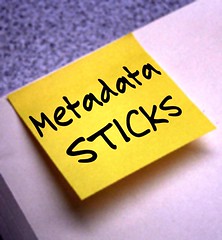 This release contains the first tranche of the web-based tag editing capability.

Unfortunately you can't edit tags yet, only view a subset of them, but I decided to keep this new feature in anyway so you could see where this was going. bliss now boasts a 'Tags' top level menu item which, when clicked, presents an interface familiar to users of tag editors; a spreadsheet style list of files and their contained tags.

Here's how the new view looks: 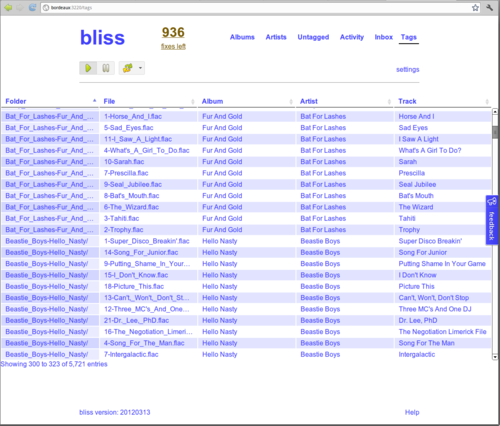 Editing will follow, hopefully, in the next release, as will a column chooser so you can choose any of the tag fields that your music library currently contains.

Improvements to the canonical artist rule

The canonical artist rule has been improved in a number of ways. Use of sortnames (e.g. "Beatles, The") are now included when looking for non-canonical names. Also, a number of bugs causing false positives have been fixed. Internationalised characters should now appear correctly too. Finally, MusicBrainz 'special artists' are now ignored (such as "[UNKNOWN]").

Download the new release from the downloads page. Your existing fixes will be retained!

Thanks to Gideon Burton for the image above.