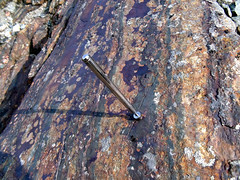 This week: a new release with support for Java 8, background work for filtering by compliance type, some UI fixes and fixing the different artist rules so they can work together!

The most important improvement in this version is support for running under Java 8.

bliss is a Java application which means the code that executes runs within something called the Java virtual machine. This "virtual machine" gets updated over time with bug fixes and other changes, a little like bliss. Again, like bliss, Java will update itself, and recently the latest major version update, Java 8, has been rolled out.

Over the past few weeks we've seen more and more reports of where bliss suddenly won't run. Fact is, the bliss code itself is compatible with Java 8, however one of the software components that is used to run bliss is not, and thus bliss fails to start.

This release contains an update of that component, so bliss now runs under Java 8. Importantly, you must install from the installer to get this improvement, in-app update will not work.

Here are some more improvements:

In app update is not recommended for this release, because of the fixed Java 8 incompatibility which is only resolved with a full re-installation.

Thanks to subarcticmike for the image above.