Split albums are a nuisance I've discussed before. Sometimes, when adding a new album into your music collection, you realise that the album has been split up. You see multiple albums with the same name, with varying artist names, representing the album.

Having split albums like this can make your music library more difficult to search and navigate. Fortunately, bliss comes with a rule to enforce the same track artist in all of your albums. Once these albums have been identified, it's just one click to fix each album.

Split albums in music software are often caused by varying track artist tags, with no supporting album artist tag to unify the album. This is most common with compilation albums. At the extreme end are end of year "best of" type compilations, each with a different track artist. These are best tagged with "Various" or an appropriate synonym for the album artist. But less extreme are compilations by an artist, for example a Greatest Hits type album. Here's an example Whitney Houston album from my, er, wife's collection:

Most tracks are tagged with Whitney Houston as the track artist name. However, two tracks amongst the sixteen others have additional artists credited. When we add this to iTunes, this is what we get:

Frustrating, and not simply cosmetic. This makes your music library harder to browser and harder to search. If it were just one album like this, then maybe that's fine... trouble is there's no bounds on this, and you can end up with a lot of albums looking like this.

The cause of the problem, in this case, is varying track artists. There're two options.

First, you could add an album artist tag. In some ways this is preferred. The original data is retained, and more data exists, allowing more comprehensive searching of your library (you could, for instance, find all songs that Mariah Carey duets on. Should you want to.).

However, album artist tags aren't supported by all music software. In such cases, you must overwrite the track artists to be the same in every track.

This is pretty simple to accomplish in bliss with the track artist consolidation rule. If you haven't already, download and install bliss. Run bliss, and make sure the album you want to change is included in the music folder bliss is currently pointed at.

Now it's time to add the rule. Click settings then Fill in missing information: 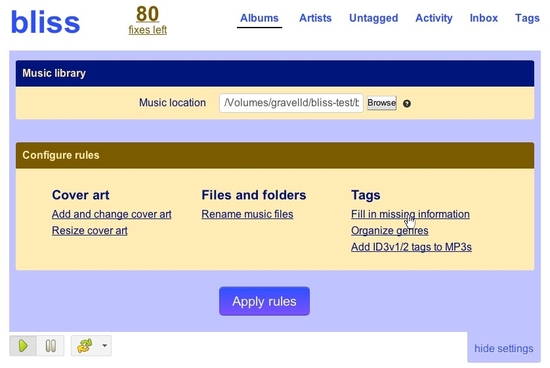 Scroll down to the Music information panel and, for Artists within an album, choose Enforce same track artist throughout an album:

Now click Apply rules and bliss will scan every album, checking to see if its track artists are the same throughout an album. In cases where it is not, bliss will identify the album as non-compliant. Click (why?) to show the reasons and, hopefully, a solution:

Click the big Set to [artist name] button, and the track artists are updated.

That solves the problem inside your music files. Whenever these files are added to music player software, their track artist will now be seen as consistent. However, music software that these files are already added to probably won't see the change until they are prompted. Here's how I do this on iTunes (for this specific problem). First, I remove the albums from iTunes: 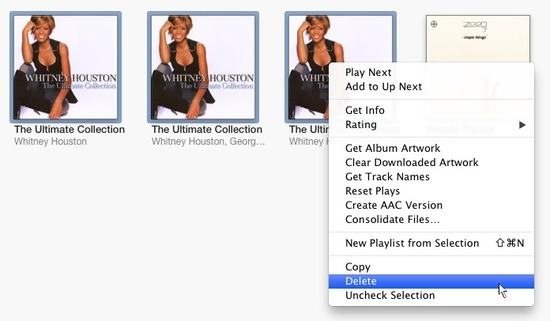 Now I simply add the files back using, in the iTunes menu, File > Add to Library. Once added, we see our nice, consistent, single album: 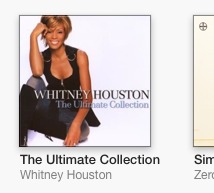 Thanks to Kenny Louie for the image above.