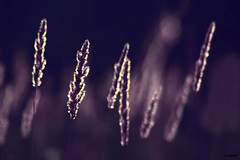 In this new build: performance improvements, fixes for the new case rules and fixes for year and genre lookup.

No new features in this build, but a mass of fixes and small improvements.

In the area of performance, memory use has been reduced in bliss's internal database, and when audio fingerprinting a lot of files in one directory. In the same kind-of area we also make sure that if bliss runs out of memory on OS X then we store the memory dump where it can be retrieved later for analysis.

There's also some performance improvements when changing libraries and/or rules.

Finally, under performance, we changed bliss's in-memory cache of tags so that it scales in size with the amount of memory assigned to bliss. This means more memory assigned allows bliss to store more in memory and so leads to less reason to read from files. This speeds bliss up, especially when reading/writing to files is slow (e.g. across a wireless network).

Some fixes for the new case rules feature: we fixed some false positives which meant album, artist or track titles with certain punctuation (e.g. apostrophes) were erroneously marked as non-compliant.

Finally a couple of improvements when filling in years and genres. Duplicate suggestsions are now removed, as are blank "Set to" suggestions.

Thanks to seyed mostafa zamani for the image above.