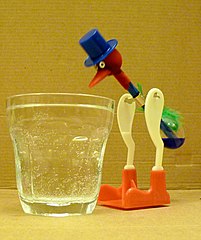 The main new feature in this release is automatic year and genre tagging. In addition there are bug fixes to in-app update, shutdown on OS X and audio fingerprinting.

Year and genre completion has been a feature for a couple of years in bliss. (A couple of years! Wow). The year and genre rule looks up the respective information when no such metadata is present in your music files, and suggests what it finds as a one click fix.

Even a one-click fix, however, is pretty onerous for large music libraries. As a result, the feature request to make year and genre tagging automatic soon shot to the top of the ideas forum. This new release contains the functionality to auto-populate year and genre tags.

When checking the year or genre checkboxes, a new checkbox appears titled auto-populate. Check this and click Apply rules. bliss now uses whatever it finds as the year or genre for an album and tags that automatically.

In addition, work continues on OneMusicAPI.

Update from within the bliss application is possible but currently, you will have to restart bliss after updating. If the update appears to break things, here's what to do. You can also download the latest installer and install it, replacing the current installation.