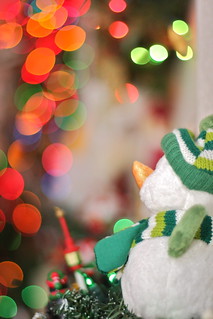 A merry Christmas and a happy new year to all bliss users and customers! It's the time of year to sit back and look at what has been achieved in the last year...

This year hasn't seen as much new functionality implemented as I'd have liked, but a lot of work has gone into the fundamentals of how bliss works. Much of the year was spent working progressively through the OneMusicAPI integration and resolving issues with in-app update, while spare time was taken to implement a few new features.

The advantage of moving to OneMusicAPI is that it simplifies the lookup of cover art and other metadata. That's because OneMusicAPI is one piece of software I control, whereas the existing integrations can (and did) change as and when they felt like it. Because bliss is isolated behind OneMusicAPI, these changes in other online music databases need only be dealt with within OneMusicAPI, rather than on each and every installation of bliss (with subsequent new releases, downloads and re-installations that implies).

On the downside, OneMusicAPI itself took a lot of time to work on over the past year, diverting attention from bliss, plus ongoing problems with in-app update slowed us down up to the middle of the year. Then there was the office move between August and September with Internet access only arriving in early December!

I'm hoping next year will be a better one for new features. There's lots of exciting stuff lined up, including multiple library support, tag capitalisation and more complete iTunes integration.

Here's to next year!