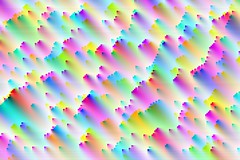 This release focuses on two areas that have needed "polishing" for a while: in-app update and the maintainability of bliss's internal database.

In-app update has been changed such that bliss now restarts itself after the update is complete. I had to resort to this because many of the third-party libraries bliss uses are not written to be used in an update-able environment (technically, they do not adhere to various rules imposed by OSGi).

Separately, bliss is now more cautious about how it updates its internal database and steps have been taken to avoid data corruption when a computer itself is abruptly stopped, restarted or updated. Before, rectification meant following the instructions at How do I clear a corrupted bliss database? I hope this fix will greatly reduce the likelihood of data corruption.

Downloading and installing the latest release

Download the new release from the downloads page. Installation instructions are available on the page following download.

Any fixes licences already purchased will be retained!

Thanks to stallio for the image above.