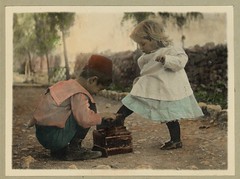 After the giant strides of recent releases I decided it's time to polish things up a little.

This release has a whole load of bug fixes and other items to improve the recent additions of the Inbox and auto tagging.

The first main functional improvement for auto tagging is that the tags that are suggested can now be edited. To edit a suggested tag, click on its current value and type the new one in. Once you click 'Tag files' the changed tag will be applied, along with all the unchanged suggestions for that album.

There are also a number of UI improvements. The suggestions for each folder are now grouped, with the suggestion with the most matches at the top of the list. The tag table has a more rigid structure so it is not stretched by long tag values. Folder names are truncated if too long (hover over them to see the full name). The UI itself is also now 'paged' like the other interfaces in bliss, to lower memory consumption.

A few more UI improvements here. The Inbox is now paged, like the untagged files UI, to avoid memory issues. Album names in the Inbox are hyperlinked to the album detail page, and Inbox entries are correctly removed when clicked.

A few other improvements...

The new release can be downloaded from the downloads page. Your existing fixes will apply!

Thanks to Beverly & Pack for the image above.