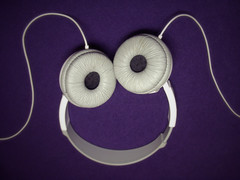 This new release contains a number of enhancements to the genre consolidation rule, fixes to some UI quirks and fixes some bugs that caused albums with different track artists to be split.

First, when looking up genres for albums online bliss passes any genres found through the allowable genres filter, if configured. This means, for instance, if a genre of Indie is found online but not allowed, it may be converted to Pop/rock or whatever you have allowed. The resulting genre is suggested to you as a manual fix, as before. If the genre consolidation rule is not enabled, the genre is just presented as-is. This saves time, because otherwise fixing is a two stage process, first filling in the missing genre, then correcting it to an allowed genre.

bliss now views certain genres as synonyms for the genre missing. These are:

When bliss encounters an album with one of these genres it treats it as if the genre is missing, and looks up the genre online. This helps achieve more complete genre categorisations. It may be that people want to configure the above. If so, post an idea on the ideas forum.

Another enhancement which should help with deciding which genres to allow in your collection is that, when bliss finds an album in a disallowed genre, bliss offers to add the genre to the allowed list. Once added the album is rescanned, and compliance (at least in terms of genre) results.

Finally, a quick bug fix: you can no longer add the same genre twice into the allowed genres list.

I fixed a couple of quirks in the activity stream. First, album names and artist names are now clickable and take you to the album or artist pages, respectively. The timestamps were also inaccurate, so these too are now fixed.

Then, a couple of fixes for albums with different track artists (this is fairly common with compilations). First, when changing the album name via bliss or another tagger, bliss would add the newly named album, but not delete the old name. This had no malign effect, but it looked messy so I fixed it.

Next, when performing automatic file organisation, there was a chance that bliss could split albums with different track artists. This is because, when, say, one track was moved, bliss would interpret the one track on its own with its track artist as being the only track in an album, by the track artist (rather than by 'Various' or similar). So then it would move the track again. This is now fixed.

Get the new release from the downloads page. Your existing fixes apply!

Thanks to JD Hancock for the image above.