As part of the work to allow arbitrary genres to be added to the allowed genres list I decided to simplify the genre chooser. I perceived three main problems with the genre tree as it was: it was difficult to find a particular genre you might want to add, it was pretty overwhelming in the number of genres it displayed and finally it was dog slow (particularly on IE).

I've simplified the genre chooser by changing it from the genre tree into two lists. The first shows the genres you are currently permitting in your music collection: 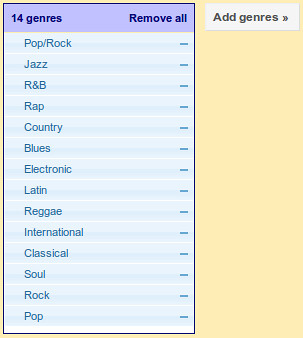 Clicking "Add genres" reveals all of the allowed genres. You can filter the list by typing in the text field at the top: 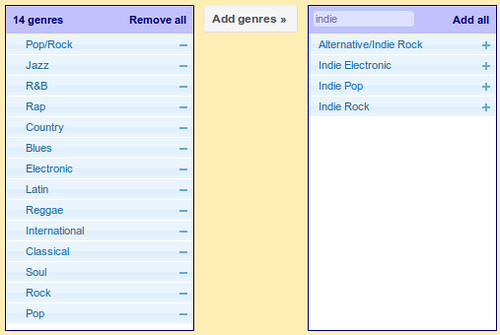 I had wanted to add the ability to add genres into this release but unfortunately I ran out of time. The next release in a fortnight should have this ability.