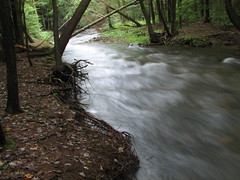 This new build contains the first of many improvements to how bliss reports what work it has done. This helps, in part, to differentiate between fixed and already compliant albums. It also gives a view as to what bliss is working on, which can be useful for large collections which would require a lot of searching and scrolling to see what is being assessed/fixed. 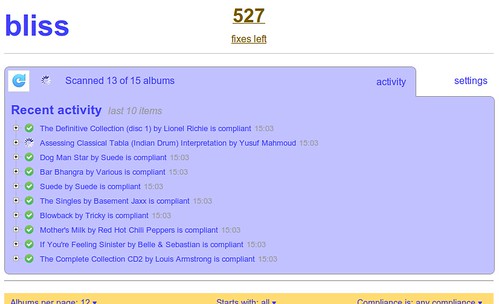 For now, only the latest ten album assessments are presented. In future releases I want to add information about the actual fixes that were applied and also provide a per-album activity stream, detailing all the work done to a particular album.

This release also contains a fix to track number formatting for MP3s. Previously, padding would be lost when applied to ID3 tags.

Thanks to audreyjm529 for the image above.