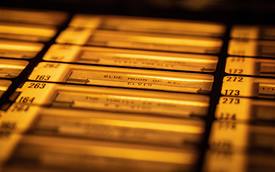 In this release: improved OneMusicAPI queries for albums with missing track numbers and a number of other small improvements.

We made a few improvements in this release which should improve lookups for metadata and cover art, in some cases.

The first one was that, before, we didn’t send “tag” based queries (queries using the current tags and track durations as a hint to the correct information) when a track had a missing track number. We did, and do, for audio fingerprints, but fingerprints do not cover 100% of the OneMusicAPI database so there was still a possibility of missing a candidate release.

We now send track data for tracks without track numbers. A nice side effect of this is that it also improves the the likelihood of bliss finding a suggested track number if the “Missing information” rule is enabled.

In addition to the above, we now also treat ID3v1.1 tags differently to ID3v1 (.0) tags. We weren’t retrieving the track numbers before; we do now, and can use those in OneMusicAPI searches to improve results for ID3v1.1-only albums.

As an aside, we completed a proof-of-concept to build bliss for Apple M1 chips during this release cycle.

If you want this put into the main build process so we get an Apple Silicon version with every release, let us know!