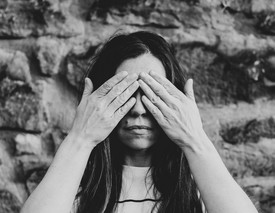 This release adds our top voted feature: the ability to ignore aspects of the compliance for individual albums.

Also, with the release of DSM 7 for Synology NAS devices, we’ve created a Synology package repository to make it easier to install and keep up to date with fresh bliss releases.

Plus there are a bunch of other improvements, including some performance ones!

bliss allows you to specify rules which are used to assess your music library. If a rule passes, an album is compliant. If it fails, it’s non-compliant.

In an ideal world, all of your music should be compliant. In the real world there are reasons why it might not be. There might just not be cover art online for a particular album, for example. You don’t want to remove the cover art rule because you need it for other albums, but you also don’t want to have albums marked non-compliant which you know you can’t fix.

Ignore compliance is a new part of the album page. Each album page has a Compliance panel, listing all assessments for each rule:

The Ignore button disables that rule for this particular album. Click Rescan to rescan the album after ignoring a rule, and this rule will no longer contribute to an album’s compliance.

We’d love to know your feedback on this new feature!

The release of DSM 7 has meant a bit of work in updating the bliss Synology package. After the basics of DSM 7 support were completed (and we fixed a bug caused by a post-release candidate change) we realised we’d have to update our download pages to offer both Synology versions, because the versions for DSM 7 and pre-DSM 7 are incompatible.

We’ve updated the Synology installation instructions to take this into account. Users who are already using the SPK should migrate to using the package repository instead - DSM should be “clever” enough to recognise when the version number has updated, and offer the download.

We’ve also made some other improvements, mostly around performance.

Photo by Johannes Krupinski on Unsplash