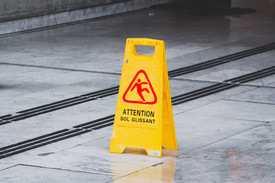 This release contains several improvements to the way we handle ID3v1 tags and any other tag schemes where some fields may be unsupported.

There’s also a fix for startup on Synology DSM 6 when a modern version of Java is installed.

With regard to ID3v1 tags, and other tags that may not support specific fields you want to complete, there are three main improvements.

The first is that before, when checking existing fields for missing/incorrect values, we weren’t properly filtering out tags that didn’t support the field we wanted filling/correcting. We now filter out such tags.

The second is that when showing suggested fixes on the album detail page we weren’t inspecting as to whether the fixes were actually executable i.e. whether the tag is supported. We have changed this to provide a more descriptive message when the fix isn’t completable.

Finally, during fix-all we were blindly trying to set unsupported fields before. We now do not attempt to execute a fix that can’t be completed, which avoids errors being reported by the fix-all process.

One for Synology users.

Recent versions of Java have mandated something called the Java Platform Module System (JPMS) which is a way of isolating different parts of an application. This has real benefits.

However, some of bliss’s dependencies are not written with JPMS in mind. This means we need to turn off JPMS, and we need to do it when bliss starts. The DSM 6 startup script was not implementing these switches (although DSM 7 was) which meant running modern Java versions on DSM 6 for bliss did not work.

Photo by Justin Chrn on Unsplash