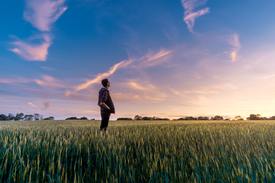 Sunrise, sunset. Nothing remains forever, and especially not in the world of tech. Just as there are new cloud music lockers appearing at a steady rate, existing ones are deprecated and replaced.

This is frustrating for their users. Most of the offenders are large tech companies. If they have existing users that love the service enough to be disgruntled by the change, why are they removing their music locker services?

I think the reason is clear, and it tells us where the cloud music market is going…

Throughout the 2010s music lockers were springing up all over the place. Even today, new entrants, mostly startups, are introducing new services.

But many of the large tech companies - Microsoft, Amazon, Google - have all deprecated their locker services. Groove Music, connected to OneDrive, was withdrawn by Microsoft. Amazon stopped allowing uploads to Amazon Music. And most recently Google transitioned from Google Play Music to Youtube Music. You can still upload music, but the library management features of the older service are no longer to the fore.

Even Apple, which still allows uploads, is frequently accused of sidelining personal uploads, replacing them with “matched” music and breaking the organization of a carefully curated library.

The common feature of these services was that they were true music lockers. They allowed upload of your collection, they allowed those files’ playback, and also added in organisational features, albeit limited.

This commonality is not a co-incidence. Large tech companies are attempting to dissuade us from uploading our own music collections to their services. They’d far rather us stream music from their (admittedly: far more exhaustive) own library.

Why running music lockers is hard

They can’t be blamed. The simple fact is that storing music and organising is hard.

Storing arbitrary customer-sourced music is a big data problem. When each customer brings their music collection with, say, 1,000 albums, each file potentially structured differently in terms of metadata, then you multiply that by the number of users you want to attract, you can soon see how this becomes difficult to provide services that will work for everyone’s library.

The thing is: most people just want to listen to music. Their collections are more like the means by which they do this, rather than the end in itself. For that reason you can see why cloud music services would rather divert you to streaming, rather than the chores of music library management. That’s a niche, and Big Tech doesn’t really do niches.

Simply storing the music is not cheap. Well, some larger firms may be able to cut a deal, but retail level data storage is not trivial for a good size music collection (say, about 1TB). This also has the effect of dissuading new entrants.

Finally, the consensus in tech has become that recurring revenue is the goal. This aligns better with a pure streaming solution, because there’s no complexity introduced by management of an “asset” (your music library) in their service. You want music? Turn the firehose on.

The future of music lockers

The Internet, however, encourages niches. As a distribution platform it’s pretty-much worldwide and so even if you do run a very specific service, the fact that you can reach so many people may make it viable.

So, in theory, I think to anyone whose collection is important, there could still be a market that exists for uploading your own music collection to the cloud and managing it there.

New entrants like iBroadcast, MediaLeap and BRIO are showing that music library management, in the cloud, is not impossible.

On the downside, if this becomes more niche it’s likely the cost will be higher than the mainstream services we were used to. But maybe that’s acceptable because the implication is that people’s music libraries are worth something in addition to the music itself. If it’s worth something, it’s worth paying to maintain and protect it.

The future’s there: cloud music lockers are continuing to be developed and they’re here to stay. Just don’t expect them to be cheap or mainstream.

Photo by Benjamin Davies on Unsplash