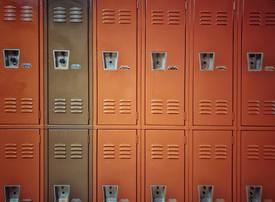 There’s no doubt the mainstream of music listening has moved to streaming services. The old model of collecting, storing and maintaining your music collection has become a niche. An extant niche, but a niche all the same.

The fact that self storage hasn’t died altogether is testament to the fact that there are plenty of reasons left to maintain your own library. And just because you might have decided to be responsible for your music collection, it doesn’t mean you can’t benefit from some of the advantages of storing your music in the cloud. But it does mean you need to choose and setup a storage service yourself.

I’ve gathered data on eight cloud storage services (plus one other option) that could be used to store music to help you choose the right service.

In this article I've concentrated on generic storage services. Specific, music focused services (sometimes called music lockers) also exist, but I thought I'd leave them to a future post because they are more difficult to directly compare to the generic services.

If you prefer to store your own music collection, why bother with online services anyway?

By mirroring your collection in a cloud storage service you’re providing redundancy. Backups can get quite involved and there are multiple ways of achieving them. Ideally you’d have multiple backups, because a simple mirror not only duplicates your library, it also could duplicate problems with your library that backups were supposed to avoid. But, at the least, an online storage location does provide a remote location for backups to be stored.

Easier playback outside your network

A second reason is that playback from the Internet at large often becomes easier. Sharing music from storage at home is more than possible, but there are a number of technical hoops to jump through. If music is stored online then it can be either played via a cloud based music player, connected to cloud storage, or synchronised to the target device (e.g. a phone or a laptop) and played locally there.

The final reason is dependent on your use case: sharing is made a lot easier. For companies that have music libraries that need to be shared amongst workers, for example, it’s often easier to share from a common online location for the same reason playback is often easier from these locations.

Taken further: sharing is a form of synchronisation. Even if you aren’t sharing audio between staff, you could be sharing it with yourself, for example synchronising music collections in two separate houses.

In comparing the services, let’s make some assumptions built around storing a music library:

Let’s review some of the principle, basic storage services that can be used to store music.

One of the more consumer facing brands, Dropbox have been around for a while and have garnered a big following. They provide a user friendly way of syncing files automatically.

The free version comes with 2 GB of storage space. When paying, storage space is more expensive than other services.

The Dropbox app seemlessly synchronises your files between your computer and the cloud. It’s supported on Linux, which might be especially useful in a home server / NAS setup.

The storage service for the almighty Google is Google Drive - although purchasing Google Drive storage space has been stopped. Now, for personal use, Google Drive is sold via the One suite. That means you don’t just get storage space; you get GMail, photo storage and some more “enhanced features”.

Colour me a little sceptical… but maybe it you use a lot of Google services, it might make sense.

That said, the cost of the service stacks up well. With its automatic synchronisation for macOS and Windows, and also across smartphone platforms, you’re well covered for syncing (separate third-party Linux projects exist). So I’ve marked this as the best choice for new users.

iDrive provides a generic storage service but is particularly oriented towards backups. Their software provides best-practice backup functionality such as snapshotting, file versioning, physical storage shipments for recovery (i.e. posting you a hard drive with your data on it!) and automatic and scheduled synchronisation.

Price-wise they are very competitive.

OneDrive is Microsoft’s online storage service, built into its Office 365 service. Unlike Google Drive, though, you can purchase storage space separately, however this capability only extends to 100 GB. As we require 1 TB, we have to purchase Microsoft 365 Personal which also includes access to the Microsoft Office suite.

Access to Microsoft Office is great if you were going to purchase that anyway, but otherwise it feels like you’re paying for something you don’t need.

As you’d expect, synchronisation is provided for Windows operating systems; macOS is supported too. There’s not an official client for Linux, but they can be found.

rsync.net is an old favourite of mine. I used to use them personally because of the ease of setting up rsync based backups from a Linux home server. Their key differentiator was their level of support; you always seemed to get a technically savvy support answering your emails quickly.

They are still mainly targeted at offsite backups. They are, and remain, expensive, which is why I personally moved to S3.

S3 is quite a low-level service - you have to install software to perform the synchronisation yourself. AWS boasts other storage services such as Elastic File System which works in different ways and might be more convenient.

Getting setup is a pain, but once you’re there S3 is quite flexible, particularly in its pricing as it’s a plain per-GB cost. That means, if your collection is a lot smaller than 1 TB, S3 might make some financial sense.

Backblaze have been around a while and have developed a sound reputation as cost effective, no-frills storage. Their Personal Backup product offers unlimited storage but with some limits on flexibility.

First, only Windows and Mac are supported. Secondly, only direct connected data is supported, i.e. you can’t backup a NAS. Finally, it’s very definitely a backup solution; the backup client is programmed to simply backup all data other than specific excluded files, such as software files.

If you can live with these limitations, it’s a very good value service.

Backblaze B2 Most flexible

Backblaze also offer a more flexible service, B2. B2 is the “business” focused service. Pricing is more flexible, allowing you to lower the bill with less music stored. Also you are free to use Linux on this service. Overall, it’s a similar service to Amazon S3.

What stands out is Backblaze’s integrity, they’ll even send USB drives of your data and, if you return it in 30 days, you get a full refund. In addition, they are well known for their HDD surveys on reliability; these are available to everyone and are really useful in choosing new storage.

Like S3, B2 doesn’t have a client of its own. Because it combines S3’s flexibility with its Personal Backup sibling’s value, we awarded this service Most flexible.

I wanted to highlight a final option - doing it yourself!

Typically, this will be built on some existing cloud platform. For example, you could create a server in AWS using EC2 or Lightsail which acts as a file server. This might make synchronisation easier for your particular use case.

For quick reference, here’s a comparison table of the services:

1
This is the cost per TB per year, but can be misleading as some services have more fine grained pricing. AWS S3 for example can be used for lower storage requirements at lower cost.
2
Storage is not metered, so this cost is actually for unlimited storage.

Any other services I should cover? Let me know in the comments how you store your music online!

Photo by Joshua Hoehne on Unsplash