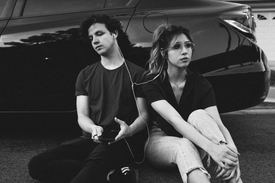 I’ve noticed a more frequent occurrence in the past few months: the launch of niche music streaming services.

The accepted wisdom so far has been that music streaming services are less liable to niches because differentiation is more difficult. Video streaming averages at three services per viewer, while just one service appears to be enough for music streaming.

Early on, music streaming services were defined by catalogue coverage. Or, more specifically, a lack of coverage, with boycotts by certain famous artists and so on.

But over time these objections were removed as artists fell in line. The potential is still there for boycotts to happen in the future, and more generally any given streaming service could have its catalogue compromised, but these are mostly hypothetical.

The first niching of streaming services I noticed was along audio quality lines - differentiating a service according to the audio fidelity of the streams supplied.

Services like WiMP (later Tidal) and Qobuz championed high quality streaming, better than MP3 quality and aimed this at various sectors of the market, including audiophiles. They negotiated deals with tools and platforms common amongst those markets, such as Tidal’s with Roon. This integrated those services with the tools such listeners used day-to-day, making such services more vital.

Still, defining such services as “niched” was a bit of a stretch. There might be differentiation in terms of audio quality, but such services still tended to offer a pretty broad and mainstream catalogue.

Now, new services are emerging which double down for more specific use cases.

Along genre lines, Primephonic, Idagio and Vialma are all attacking the classical genre. Classical is historically underserved in digital music; in particular the matters of library management and metadata differ from contemporary non-art music with different considerations - storing who the conductor, composer, lead violinist, vocalist was, and so on.

Along use case lines - Beatport streams mixes for DJs and integrates into DJ software. So it’s a common pattern - differentiate the stream and catalogue, and integrate into the existing tools the target market is using.

So how might music streaming serve other markets in a more apposite manner? A few examples come to mind…

I’ll leave it there before I go full Partridge…

I bet these exist already - if you know of them, leave a comment and I’ll check them out!

Thanks to Wesley Tingey for the image above.