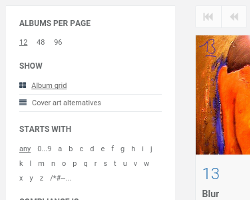 It's been a long time in the making, but here, finally, is the new UI refresh for bliss!

I've been working hard for at least a month porting all of the pages of the bliss app to a new design (not the website, which was upgraded earlier in the year).

To save on UI designer costs, I did this by purchasing a "template" which I fit the existing UI structure into. This gives us a more professional look at a low cost. What it does mean is that any "structural" UI issues aren't addressed, but I thought it best to get the "look and feel" fixed first.

I blogged about work in progress on some of the pages last month. As another example screen in addition to the previous shots (which haven't changed much), here's the new Inbox page: 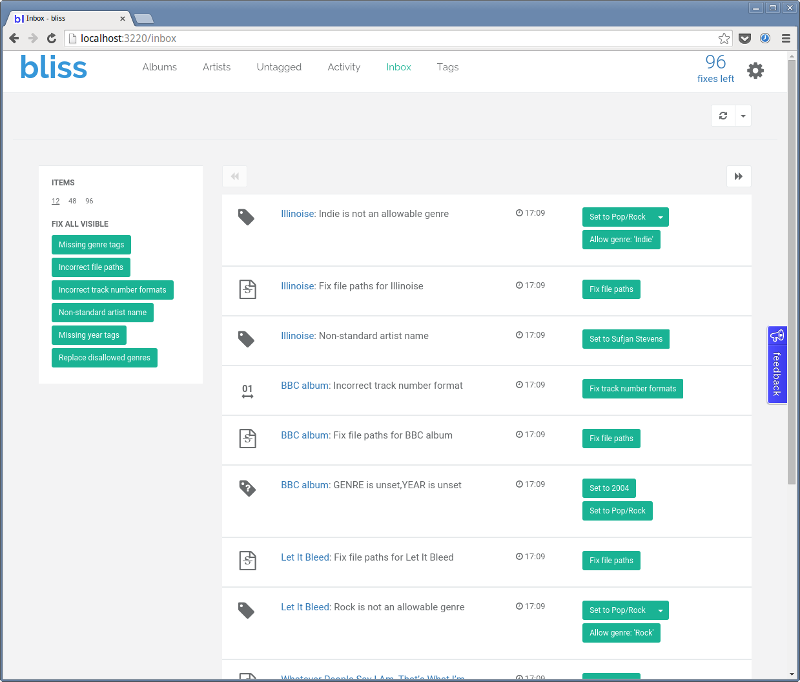 This is just the first step; now I have the general look and feel of the app pinned down, I want to start implementing some more "functional" usability improvements, such as search and better presentation of what has been fixed.

Alongside the UI update I made some other changes...

If you are using Windows and you don't know whether your version of Java is version 7 or later, in app update is not recommended when updating from version 20151013 or earlier, because bliss now requires Java 7 or later. The Windows installer now bundles Java 8, and so download of the full installer is recommended.