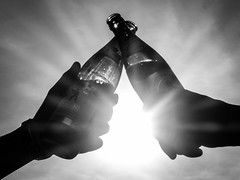 I've been working away on a new look for the blisshq.com website for a few weeks. I wanted a more professional, modern look, while retaining the same-ish "brand" bliss has built of clean lines, whitespace and general calm. Now I think it's time to launch, so how do you like it?

Why did I decide to do this? Well I thought it was about time; the original design was by me, a software engineer, and it showed. It didn't look awful, or so I thought, but now after almost seven years on the same design I finally thought it was time to change.

The entire site has been visually redesigned, although the same structure to the site has been retained. We've added in some larger graphics and have a new custom font, but the basic navigation is still the same. The site should also be much easier to read on mobile devices, now it's "responsive".

This was all achievable pretty cost effectively by purchasing a "template" for the website, thus avoiding any expensive designer fees, and then I worked alongside a contractor to port the content. He did most of the content, I did the honing, creation of new screenshots etc.

There is a gaping hole, though. The bliss application itself still has the same old look and feel! I'll be working on this in the coming months to align the two sites once more. I wanted to get the www. site out there first though, to get any feedback.

Let me know what you think, and if you see any mistakes (there will be some!) let me know!

Thanks to Boris Thaser for the image above.