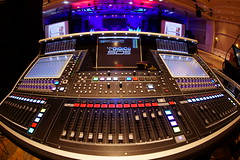 Here's a new release with a few bug fixes and small improvements. We've fixed a permissions problem when organizing music over a network, added padding to <discnumber> folder and file names, and we can now fingerprint DSF files too!

We've had a few reports of file permissions problems from people managing their music library on Windows devices, across the network to a NAS. bliss was reporting false negatives; that it could not write to music files, when the files could be opened in other software and changed just fine.

We tracked it down to a change in the tagging library bliss uses. We fixed it in the library and contributed this back to the project while importing these changes to bliss.

This update will be the last one that is hosted in VortexBox's 2.2 repositories. If you want to continue using VB 2.2 with bliss you will have to install on the command line.

If you are using Windows and you don't know whether your version of Java is version 7 or later, in app update is not recommended when updating from version 20151013 or earlier, because bliss now requires Java 7 or later. The Windows installer now bundles Java 8, and so download of the full installer is recommended.

Thanks to sergio_leenen for the image above.