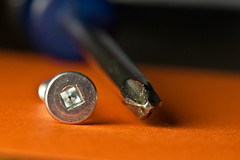 A small, earlier than expected release with an important bug fix.

The main focus of this release is an important fix to bliss's rule assessment/fix procedure. In the last release we included a fix to ensure that multiple reasons for non-compliance get fixed when those multiple reasons were both found by the same rule. Before it would be a two step process, with you, the user, having to click a manual response or invoke a rescan on the album in question.

An example of this is where both art is not saved in a folder.jpg AND the embedded art that does exist is too large. Before the previous release, only the embedded artwork would be shrunk, and the folder.jpg left and marked as the reason for non-compliance. The last release fixed this so that both items were addressed, increasing the automation.

So far so good, but after the release I began to get reports of scans that weren't completing. It turns out that there was no check to see if a given fix had already been attempted. If a fix was executed, it failed for some reason, the album was still non-compliant and the same fix was suggested again, the fix would be repeated... ad infinitum!

This had the effect of blocking one part of the rule processing engine, potentially leading to a total blockage over time. It also led to very large activityStream database files which could eventually lead to running out of space on your user drive.

Because the effects of this bug were quite intrusive I decided to hurry this small release through and release immediately.

Here are some extra improvements:

If you are updating from a version older than a month or two, in app update is not recommended for this release, because of a fixed Java 8 incompatibility which is only resolved with a full re-installation.

Thanks to Light Collector for the image above.