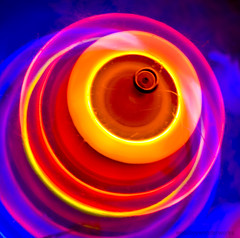 I've made reference to bliss's assessment/fix cycle before without really explaining it. I suppose that once you're used to working on something every day the terminology you use to describe it seems second nature. So I'm sometimes guilty of a lack of verbosity!

First, albums are assessed for compliance against your rules, and then, if the album is non-compliant, any automatic fixes are executed. If fixes are executed, the albums is assessed/fixed once more ad infinitum (this is why it is called the assessment/fix cycle).

More specifically, the rules you describe in settings are used to assess each release in your music collection. You can have multiple rules, and the result of the assessment for each rule (the albums compliance to that rule) is boolean ANDed together to derive overall compliance for the album. That is, an album is only compliant if it is compliant with all rules it is assessed against. Otherwise, the album is non-compliant.

Fixes are only executed as part of the assessment/fix cycle if the album is non-compliant and those fixes are allowed to be executed automatically. If automatic execution is not permitted then the fix can be enacted by the user through the bliss user interface.

So if I mention the assessment/fix cycle again, now you know what it is!

Thanks to woodlywonderworks for the image above.