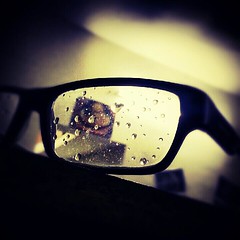 The big new feature in this release is the ability to filter albums by compliance type; now you can find albums that have non-compliant artwork and ignore those with non-compliant file paths. In addition there are some important fixes for tag lookup and OS X performance.

As new rules have been added to bliss I've had to think of new ways of displaying the compliance of given albums. If multiple rules are enabled then a simple "non-compliant" filter isn't useful in all situations; you might only be interested in missing cover art, for example, and not errant file paths.

As a result, this idea to filter albums by compliance type has gathered great momentum, becoming the top voted idea in the bliss ideas forum. There was a fair bit of background work to do to support it, so it has taken a month or so, on and off, but it's now ready! 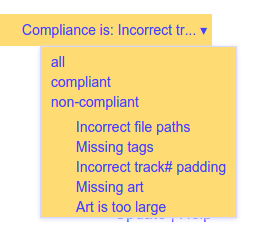 Only those rules that are enabled should show in the box.

This leads to some useful improvements in usability. Other than the general case, missing artwork can now be easily fixed by using the Missing art filter as above, then choosing to show Cover art alternatives from the Show menu.

If you are updating from a version older than a month or two, in app update is not recommended for this release, because of a fixed Java 8 incompatibility which is only resolved with a full re-installation.

Thanks to VinothChandar for the image above.