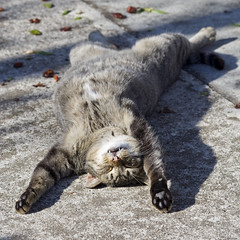 Just a quick heads up for OS X Mavericks users before I sign off development work for Christmas...

Along with a few hardy users, I've discovered an issue with bliss on Mavericks relating to App Nap. This is a nifty new feature in Mavericks which aims to lower the amount of power your computer uses. Naturally, this is especially useful for laptops on battery power.

App Nap works by reducing the amount of CPU a process that is in the "background" can consume. That is, an application that is hidden behind other windows is slowed down so it doesn't consume as much power.

I haven't dived deep into this yet, but this appears to be affecting bliss. I guess that's understandable; bliss doesn't have a window at all and it may be viewed as being "in the background" because it runs as a server style, daemon process.

To cut to the chase: several bliss users have found App Nap is slowing bliss down. Disabling App Nap speeds it up again! So how to disable App Nap?

The easiest way is to right click the bliss App, click Get Info then check Prevent App Nap.

Unfortunately this seems to reset on each reboot, so this is certainly not a long term solution. I'll be looking into making a build available where App Nap does not slow bliss down!

Thanks to Umberto Salvagnin for the image above.