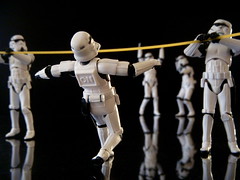 I'm going to make the first change to bliss licensing since we launched.

From the next release, which I expect to make available on 19th August, the 1000 fix licence will change to 500 fixes. The cost of the licence, £10, will stay the same.

I took this decision because, over time, costs of running the business and project have risen (such is inflation) and we need to keep revenues rising to meet that. I had been considering a number of options, such as simply increasing all licence costs.

However, rather than increase costs for all customers, I wanted to see if there was some "wasteage" which could be minimised in the current licencing model.

A theory developed that, given that bliss is used many times with collections smaller than, say, 500 albums, the fixes between 500 and 1000 were never used. This 500 fix buffer would therefore be "wasteage". In the cases where those fixes are required, an extra licence can be purchased (that's where I hope a small increase in revenue will result).

So by minimising that theoretical "wasteage" I'm hoping to balance the books while affecting as few people as possible. Unlimited fixes customers are also unaffected by this change. Time will tell how well that works!

A little sweetener for readers of the Music Library Management blog. I'll be sending out 50% off vouchers for 500 fixes, to make it the same relative price. These vouchers will be redeemable for a limited time period. If you want a voucher, join the list! See the Subscribe via email header above.

This will not affect any purchases of 1000 fixes prior to this change. If you have an existing code and use it, it will still give you 1000 fixes.

Thanks to JD Hancock for the image above.