What is the difference between "tracknumber:nn" and "Track number length at least"? 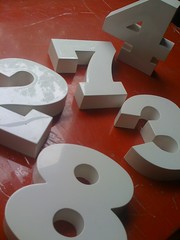 A recent question that appeared in the bliss support inbox...

One question: What is the difference between "tracknumber:nn" and "Track number length at least"? I set the latter as two digits

There are two places that track numbers (and any metadata) can be communicated within a music file.

The first is the file name (tracknumber:nn). This is what you see in Windows Explorer and other file managers. It looks like 01-Airbag.mp3 where 01 is the track number, Airbag the track name and .mp3 is the file format. You can actually have any combination of metadata e.g. 01-Radiohead-Ok Computer-Airbag.mp3. But it's generally better to keep file names minimalist and simple.

The second place are the internal tags (Track number length at least). These are metadata stored inside the file, along with the audio. This is much more flexible, because you needn't be so constrained with space, allowable characters and so on.

A vast majority of modern music players use the track numbers tagged inside your music files, however some simpler players still display and sort by file name. This means you need both settings to govern the track numbers in both places.

In many ways I wonder if there is opportunity for consolidation here. Maybe as a default bliss should just accept the desired track number format and use that wherever relevant? There would still be cases where you may want these to differ, though. For example, you may generally not want leading zeroes in track number tags because they look a bit ugly, but you must also support a car music player that only supports sorting tracks by filename.

Thanks to H. Michael Karshis for the image above.