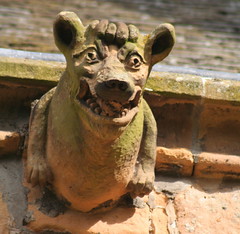 I've been wanting to write some notes up about 'daemonizing' your bliss process for a while. I've already written about using Windows services to start bliss on startup. Now it's the turn for Ubuntu, Debian and any other Linux distro that uses the Upstart mechanism.

I'll start with a disclaimer: a daemon can mean different things to different people. For my purposes I simply mean a background process that is started at boot time and stopped when the computer is shutdown.

Upstart makes creating a daemon really easy. All that needs to be done is the creation of a configuration file in a special directory on your filesystem. This directory is /etc/init. Go take a look at it now... here's what mine looked like before I create the daemon:

To create the daemon, we add a new .conf file in /etc/init. Here's the configuration file I am using at the moment:

To configure this to your own ends, edit the sh /opt/bliss/bin/bliss.sh line and change the path to point to your own bliss installation, if necessary. Now, save this to /etc/init/bliss.conf.

Believe it or not, that's all you need to do to configure the daemon! You can check on the status of bliss straight away:

Starting the bliss daemon is simple, but make sure you do it as root:

Now, let's just track back to our configuration file. The line start on startup was included. This is what tells Upstart to start bliss when the computer starts. Pro tip! Make sure the music library is accessible before bliss is started, otherwise bliss will attempt to access the library, fail and then give up. Now, try restarting your computer, and bliss should magically be restarted once your computer has booted. You can leave the start on startup line out if you like.

There are a further options to configuring Upstart that I haven't mentioned. If you think I've left out something important, let me know in the comments and I'll update the article to produce our canonical bliss startup script!

Thanks to foxypar4 for the image above.