The Synology Diskstation and other platforms 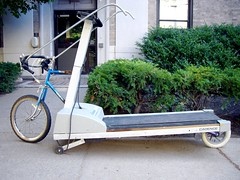 It's not the first time bliss has been 'ported' to another interesting platform! Because bliss is written for the Java virtual machine it means bliss is likely to work wherever there's a Java VM available.

VortexBox was the first port to a different, interesting platform. VortexBox is a ripping, tagging, networked music jukebox. You buy one for your house, rip your CDs, store all your music on it, then use applications like Squeezebox Server and protocols like DAAP and DNLA to stream the music throughout your home. bliss is a good fit here because it's a server application that can work in the background installed on the VortexBox, fixing all those missing pieces of cover art and reducing inconsistencies.

The ReadyNAS integration was completed by Paul Hardy, who later wrote how to install bliss on the ReadyNAS. The ReadyNAS is a standard NAS but it can also be customised to run choice pieces of software.

I recently blogged Richard Rudd's work on installing bliss on Solaris 11. Solaris is a general purpose operating system with good support for Java. Once I had fixed a restriction which meant bliss wouldn't start on non-Linux, Windows or Mac operating systems (oops) it was fairly straightforward to get bliss working.

Similarly, Geoff Coupe pioneered installing bliss on Windows Home Server. Windows Home server is a server for your home - storing all of your photos, music, documents and everything else you have computerised. Again, because it's a server it fits bliss's always-on, in the background modus operandi.

I've also had contact from people trying to install bliss on Pandaboard and other ARM architectures. These are popular because they are very energy efficient, just right for powering your home server in these energy conscious times! 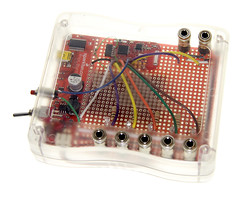 The common thread through all of these ports are that the target environment is that of a 'server'. What characterises server operation? First, there's no assumption that the user of the server is physically connected to the machine. Next, the server is likely to stay running for long periods at a time. Furthermore, because there's rarely a direct connection between user and machine, operations on the server are not necessarily directly invoked.

bliss was written to satisfy these types of concerns. First, its user interface is web based, which means it can be accessed across the network and you don't have to be connected to the machine it's running on. It works by reacting to changes in your music library, assessing your music to make sure it conforms to your rules. You can connect to it and ask it to perform changes, such as changing cover art, renaming albums, artists or genres, but it also works in the background, automating what is sensible.

I'm always willing to help with projects to port bliss to new and interesting platforms . Get in touch and let's get hacking!