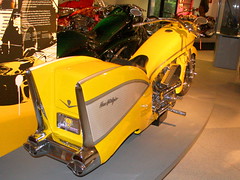 Adding bliss as a Windows service makes it easy to setup bliss to start automatically when your computer starts . This is useful for server side installations, for instance within Windows Home Server.

How to add bliss as a Windows service

There's full instructions on how to install bliss as a Windows service in a more recent blog post.

bliss now ships with two extra batch files, runnable under Windows, to add bliss as a Windows service. The batch files are located in %bliss%\bin and are called install-service.bat and remove-service.bat. Hopefully it's obvious what each one does ;-) . Once this update is installed, run install-service.bat to add the Windows service. The service will be called 'bliss'. If you are using Windows Vista or Windows 7 you will have to run the scripts as administrator.

The service installs, by default, such that it starts automatically upon startup. If you don't want this, open the Windows services applet after installation and alter the start behaviour via the service's properties.

bliss now allows you to ignore files and folders in your music folder. This is done at the file system level: you create file(s) that bliss recognises and, as a result, bliss does not scan these directories. The files must be created before bliss starts, or at least before it attempts to scan the folder in question.

To stop bliss walking through child folders, create a file in the parent folder called bliss-ignorefolders.

If you have a folder that has both music files and folders that you want to ignore, create both files.

Note: originally these files were called .bliss-ignorefiles and .bliss-ignorefolders. I removed the leading period '.' because it was impossible for users of Windows Explorer to create the files.

The activity stream has had further improvements to fix bugs in the way the log was updated, and also to make the messages in the log more consistent.

Finally, a memory problem in the way the artists list was populated has been fixed. This only really affected larger libraries.

Get the new release from the downloads page. Your existing fixes apply!

Thanks to Caveman Chuck Coker for the image above.