A few users and customers have said how they like how bliss runs in the background:

This is a big difference between bliss and other album art and music management tools. Most digital music users are familiar with using taggers to organise their music. Once you close the tagger user interface, the software stops working. bliss works independently and its user interface is accessed via a Web browser like Internet Explorer, Firefox, Safari or Chrome. You can even access the UI on an iPad or iPhone. Close the browser, and bliss keeps on managing your music. 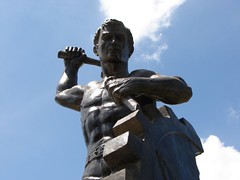 There are a few reasons for doing it this way.

So that is why bliss runs in the background.