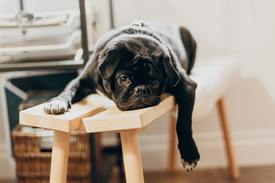 This release includes improvements for the album art rule, the Inbox, more performance improvements and support for Java 16 and later on Linux.

We’ve made a few improvements to the album art rule…

We now support CMYK JPEGs. CMYK images are a different way of storing colour information in JPEG images… different, that is, to the far more common RGB. Although they are rare, they did come up every now and then. We weren’t supporting these images before, but we do now.

One other thing that we occasionally get emails about is where very large images are embedded inside music files. This can cause different problems: some music players just won’t work with large images, and they make files and music libraries much larger in terms of storage requirement. We now have a default to shrink very large images (by default: those over 4MB).

We’ve made the fix-all process a bit better. In some cases, fix-all wasn’t picking up all the problems that needed to be fixed - this is now fixed. In addition, there was sometimes a lag between clicking a category of problem to fix, and the Fix button becoming enabled. This is now also fixed - the problem was some eager evaluation of code that should be performed lazily.

I’ve touched on this before, but there are more parts in the app that we’ve made “lazy” - i.e. only doing things when necessary.

On each album detail page, the display of fix buttons has been made lazy. Before, the decision as to which fix buttons to show depending on looking data up online. This blocked the page rendering. As some queries can take a long time, this was not what we wanted, so now the page displays and spinners show where fix buttons may appear.

Our Linux launcher, bliss.sh looks up the default Java installation on the computer, and uses that to launch bliss.

However, very modern versions of Java refuse to work with bliss, because some of the software we use inside bliss is not compatible with recent changes to Java.

We’ve added a workaround to the script to make sure bliss still starts under Java 16 and later, on Linux.