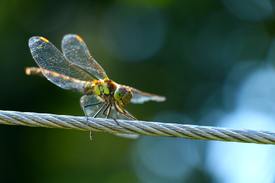 This release is the final one in our recent tranche of performance improvement releases. In this release we’ve made querying “lazier” (it’s better than it sounds!) and stopped duplicate assessments that were occurring on the album detail page.

In computer programming, lazy means doing things only when required, typically at the last possible moment. It’s the opposite of eager, where work is done ahead of when it is needed. The trouble with the latter is that the work done may never be used.

I’ve wrote before how fingerprinting can be one of the slowest aspects of bliss’s operation. We already did some previous work at speeding up fingerprinting, but in this release we’ve also done some work to defer fingerprinting and in many cases avoid it at all.

The way bliss queries metadata (and album art) is to first send a “tags” query which includes existing tags and track durations. Typically that will match online releases. If required, it will then send a “fingerprint” query which sends the audio fingerprints for the tracks in an album to find information about the release. This is useful when the original tag information is inaccurate or just hasn’t returned results for some reason.

It’s the if required bit that’s important. There are cases where fingerprinting isn’t required. For example, if a rule only mandates that album art or particular pieces of metadata such as GENRE fields are present, then we may only need to take the first (or first batch) of suggestions to fill these results in.

In addition, when comparing values for the tag accuracy rule we now only send a fingerprint query if we don’t find good enough matches with the tag query only.

Both of these strategies should reduce the number of queries we send and the amount of fingerprinting we have to do, resulting in performance gains all round.

We noticed that when clicking fixes on the album detail page (the one shown when you click an album name which shows all the tracks and compliance details for the album) the album would be re-assessed twice after the fix is made.

We fixed that - just one re-assessment is made now.

There are a few other smaller things:

Photo by Pierre Bamin on Unsplash