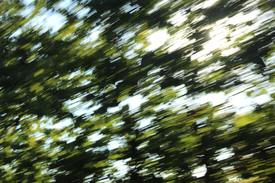 This release, and the next, concentrates on performance improvements. There should be some quite significant improvements to performance, particularly around I/O - writing and reading from disc. In networked music collections, where bliss connects to a library over a network, this should make things much faster.

There are two key improvements for performance in this release.

We’ve done some extensive testing about the most efficient way of producing acoustic fingerprints. It turns out we could get as accurate results as before by reducing, quite drastically, the length of audio clip we sample.

This means we can read less data when fingerprinting. Fingerprinting is performed any place we need a way of identifying music where just the existing tags and track durations do not give us all the information we might want. This can happen quite often with the tag accuracy rule, or really badly tagged music, so it is quite a frequent operation and it does have an impact.

In addition to this we’ve done some work to cache, in memory, any cover art that is being written to multiple places. Although we always cached this on the local drive before writing it, that’s still orders of magnitude slower than storing in memory. So the new change improves the speed of updating cover art.

Our final performance fixes are coming in the next release. Together with the next build’s fixes we’ve realised an approximate 100% speed improvement (i.e. the representative tests we are running now take half the time).

One challenge when matching local music collections to information online is differentiating when a given local album is an instance of an original, individual album (maybe acquired from the original CD) or the exact same album re-released as part of a boxset.

For example, if you have the original album Vs. the tracks are identical to this compilation re-release, which includes the same tracks - down to the same recordings, so track durations and audio fingerprints are the same. This means that bliss may match both releases.

While we’ve not changed the matching algorithms, we have changed how candidate data is sorted such that, for equal scores, the most common suggested value is now preferred. In the case above, because there are multiple versions of Vs., the title “Vs.” will be suggested more, and bliss will therefore choose that as the default recommended album name.

This just makes bliss’s default suggestion more likely to be correct, so it reduces the number of clicks.

Photo by Siora Photography on Unsplash