How 2021 presaged Rogangate (and other learnings from last year) 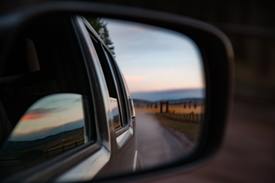 After I posted the latest monthly This Month in Digital Music Libraries update, I realised it would be interesting to review the stories that surfaced over the previous year, to see if there are any patterns emerging.

It turns out that the recent storm of debate… let’s call it Rogangate… over Spotify providing a platform for Joe Rogan is nothing new. The past year has seen constant, if quieter, debate about how streaming services control listening.

Added together these opinions tell us much about how, for a section of the market at least, the streaming services are judged by the level of control they exert on listeners.

But 2021 wasn’t just about streaming. On the self-hosting side we saw the emergence of Plex as the undisputed champion of self-hosting media consumption.

Big tech loves to see themselves as platforms (or distributors). The trouble is that, the more they control what we listen to, the further they migrate from being an impartial platform and more toward being a provider of pre-determined content.

The emphasis on algorithmically generated playlists is an obvious example of this. Others are more subtle; consider auto-play. As soon as one stream is finished, another is queued up. Heaven forbid you should try to exert control over to what (or whether) you are listening.

But the very design of streaming services, and how we interact with them, is not the only way they exert influence. One of my biggest “wait, what?” moments of 2021 was realising Apple are still forcing U2 on iTunes users.

But consider that this is the tech companies, not the artists. In fact, some artists still seem to be fighting the good fight. Take Adele’s stand against arbitrary playlisting, and celebrating the album:

This was the only request I had in our ever changing industry! We don’t create albums with so much care and thought into our track listing for no reason. Our art tells a story and our stories should be listened to as we intended. Thank you Spotify for listening 🍷♥️ https://t.co/XWlykhqxAy

You could, of course, say this is nothing new; radio stations have playlists, and you don’t choose what plays there. This is true, but for many the playlist is taking over all of their listening and weakening people’s ties to their music.

As consumers of music, we need to be cogniscent of the fact that we are ceding control. If, to you, that loss of control is worth it because it means you can make less effort to listen, then that’s fine.

However, if you do want control then there are options - storing your own library in a streaming service and accessing it remotely alongside the vast content library the streaming service provides. The only trouble is, most providers of such services (Apple Music and Google Play Music are examples) appear to be weakening and deemphasising this side of their offering.

But in August I started receiving emails about this:

I'm getting a lot of reports that users of Google's #Takeout service to re-export their stored music collections inside #YouTubeMusic are just downloading ".vid" files clean of metadata - their music libraries are pretty much ruined. Anyone know why this has happened? #ytm pic.twitter.com/itbVCGhqY1

This is serious - even if the service provided a good experience once a library is uploaded, if you can’t re-export it with its metadata that’s an important loss of data; data that might have been curated and built over time.

Later, there were two interesting and thoughtful pieces about library management within the services. The first:

My latest blog post is about library management in music streaming services!https://t.co/LR76EdFNil

… was followed by a second that discussed music library management in the historical context of previous forms of media, prior to streaming.

Thoughtful piece by @joepinsk about how music libraries, and the way we interact with them, have been affected by streaming (it's deeper than the title of the article suggests) https://t.co/snlPucdh4v

It feels like music libraries and control over content consumption, within the context of streaming services, are a work in progress. Except more of it in 2022!

Another area I’m interested in is self-hosting. That is, the practice of managing your own services, either at home or in the cloud.

The two main topics I perceived, along with a general maintainence of interest in the subject, is that certain apps seem to be grabbing mindshare in this space, and NAS remains a bedrock pillar on which home labs are constructed.

Amongst self hosters there are a lot of options for music playback. In terms of takeup, Plex seems to have the most mindshare. It appears to be the first product mentioned when someone wants to start a self hosting media project.

It's interesting how some mobile apps are emerging that specifically target the @Plex / @Jellyfin / @Embyapp ecosystem: https://t.co/bVwQwmdvwB - yet more evidence of the growth of #selfhosting pic.twitter.com/J5yHOHm3xP

On the storage side, NAS continues to be popular. Alongside the consumer grade hardware devices such as those from Synology and QNAP there has been the growth of software/packaged OS solutions such as Unraid.

That is, despite some security concerns. There have been a number of reports of vulnerabilities in consumer NAS devices in the past year. In some ways, this might be a sign of success; they are only targeted because there are enough NASes about to make it worth it. But on the other there is a risk of reputational loss for self-hosting. If it’s perceived as too difficult to do safely it will discourage others from trying it.

I’m looking forward to how 2022 shapes up in digital music libraries. I’m hoping that services and tools will remain that allow us, if we want to spend the time, to maintain control over our content consumption. I don’t want to be fed from a firehose, I want to choose what I listen to.

Are there enough of us that feel this way, and are the tech companies listening?

Photo by Michael Skok on Unsplash