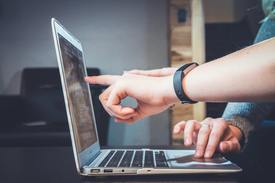 This release has further improvements to the track number/name accuracy rules.

First, we’ve removed some legacy code which attempted to match tracks based on their name. When there were duplicate track names this sometimes led to false positive attributions, which meant the incorrect track number, for example, could be applied.

Over time, we’ve shifted responsibility for attributions (linking your local tracks with tracks in our database) to our metadata server. We now trust this fully; it has more sophisticated matching code.

Similarly, we have removed the ability of bliss to match on track number when it’s not the track number that is being assessed. This also led to false positives when selecting alternative track titles. For example, if two tracks track 1 and track 2 both had track numbers of 1, sometimes track 2 would be marked as inaccurate, and would be suggested to be track 1. Again, we now trust the metadata server on this.

The next area we’ve improved is where an album features tracks that aren’t recorded in our own database. Sometimes these are mistakes or inaccuracies in your own library, and sometimes it can be incomplete data in your database. Now, when this occurs we show a more specific message: This track appears extraneous to the album.

Finally, under the covers we now include all rulesets, including ignore rulesets, in debug archives.

Photo by John Schnobrich on Unsplash