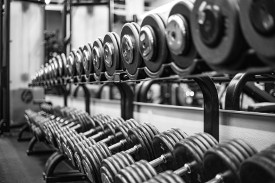 This release includes the first tranche of rules automated using the new automation framework we've built into bliss. The maximum image data size rule (which shrinks artwork consuming too many of those precious bytes) and the capitalisation rule both get the automation treatment in this release.

Importantly, there's also a bunch of stability fixes and some added power to the <tag field> file organisation token.

As requested, we've added automation to the case rules and the image data size rule.

These two were implemented using the new automation framework, so the settings page looks similar to all other rules that have automation:

The <tag field> token now supports arbitrary field names. This means you can directly reference fields in music files. For example, if you create an arbitrary OWNER field in a bunch of FLACs you can organise your files using this (example) pattern:

Different tagging formats have different IDs for fields. FLACs and OGGS can have arbitrary field names like OWNER, but in ID3 (as used in MP3) field names are prescribed and any arbitrary fields are stored inside a TXXX field. We don't support that yet (it's coming in the next version) so this means that if you have a heterogenous library with FLACs and MP3s and you use this type of pattern without a conditional it will fail (until the next release). This is now supported!

Other fixes in this release:

Thanks to Luis Reyes for the image above.