Running bliss without a home folder 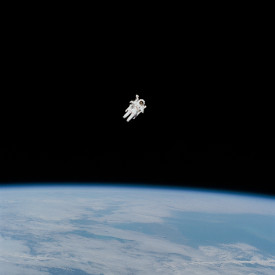 A quick tip for Linux users looking to set up bliss on a headless server.

Sometimes it's useful to run bliss as a particular user. In my case I recently set up a bliss install on a new Linux based (Xubuntu Server 18.04) home server. All music is owned by the music user, in the music group. So I wanted bliss to run as this user.

This tip actually works for any OS where bliss's user has no home folder; just alter the paths as required.

The trouble is, bliss by default assumes a home folder is available. As my music user has no such folder, bliss wouldn't start.

The fix is to tweak a couple of variables when starting bliss. bliss accepts a VMARGS environment variable that can be used to adjust some of its settings. In this case, we need to specify a new working directory and a place to store some other important files.

So I setup my VMARGS as so:

(After creating the requisite folders of course). The bliss script can then be run.

You might want to combine this with running as a daemon (specific instructions for Ubuntu here).

Thanks to NASA for the image above.