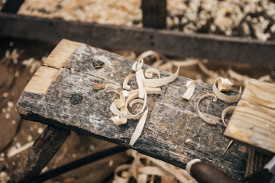 This week's release is a maintenance one, mainly aimed at honing the QNAP integration. In addition we've made sure bliss will always "trust" its metadata server.

The main QNAP work this week has been to perfect the scripts that run the app. We no longer store settings and working data inside the mounted disk volumes to avoid running out of space in the user folder (we found some older versions of the NAS had smaller home file systems). We've also made fewer assumptions about the software installed on the QNAP NAS and made sure data and settings are removed after uninstall.

Who can you trust?

You might have noticed this error message popping up on your Linked Releases panel:

What this means is that bliss doesn't "trust" its metadata server. bliss uses a secure connection to encrypt traffic to and from the metadata server, and to do so it must trust the server is who it says it is. The server does this by presenting a certificate, cross signed by a third party or "certificate authority".

Older versions of Java, which bliss runs upon, don't trust the certificate authority that we use on the metadata server. This new version overrides this manually. The other workaround is to update Java, which I advise you do anyway!

As discussed in a previous post, bliss's price changes are live from today.

Thanks to Clem Onojeghuo for the image above.