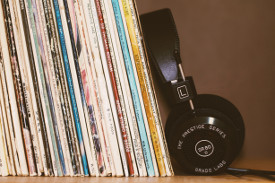 I'm going to be making some changes to bliss pricing in a few weeks, and I wanted blog readers and email list members to hear about it first, so you can decide what to do. You'll also potentially get to purchase an unlimited licence at the current price and "lock in" unlimited metadata access forever.

To summarise: I'm going to raise the cost of unlimited fixes, insert a new 2500 fix option and lower the amount of fixes available to the lowest use, 500 fix plan. This change will occur on 10th October, 2017.

I feel I should briefly outline why I'm making these changes. The first main reason is the cost of serving metadata. We've had quite a successful year in adding new users, but this, combined with the new tag accuracy features introduced through the year, has added extra burden on the demands for metadata. The second main reason is external; simply inflation having its inevitable effect, and the Sterling exchange rate (we purchase most of our goods and services from the US).

I'll talk a bit more about the reasons below, but for now I'll cut to the chase and list the new prices.

The unlimited licence is essentially a debt; I don't know how much data access a customer with an unlimited licence will demand. Whereas, with a finite fixes plan I do know, I can make predictions and I know what the metadata serving costs will be as a result.

That said, I don't want to remove the unlimited option because for some power users it's the right choice. I know that if the number of unlimited fixes licences were lower, the impact of high metadata demands would be lessened. Therefore I am going to raise the cost of unlimited fixes, while introducing a new finite fixes licence for 2500 fixes.

The 2500 fixes option has been chosen following surveying the average number of albums in a music library. I found an inflection point at around 2,000 albums, where suddenly the number of albums spikes for the largest 10-15% of libraries. Therefore, 2,500 fixes should fix a great majority of libraries for one "thing", e.g. resizing cover art en masse, or moving albums to a new file structure.

I also reduced the 500 fix licence to 250 fixes. It appears a lot of small collections easily fit within this.

Don't forget - as readers of the blog and/or mailing list you're getting advance notice so you can "lock in" an unlimited licence (i.e. get unlimited metadata access) before the 10th October if you haven't already!

Thanks to Mark Solarski for the image above.