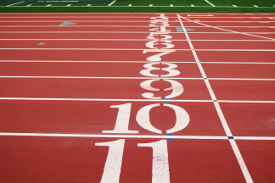 Following on from the introduction of tag correction in the last release, this new release moves from album-level metadata to track-level. Specifically, bliss now allows track names to be checked for accuracy. At the album level, we now also allow checking the compilation tag.

In addition there are some big changes on the album detail page with the addition of a list of tracks (to support the track name compliance feature mentioned above) and various tweaks to the appearance of this page.

To enable checking for track name correctness, click the option in the settings: 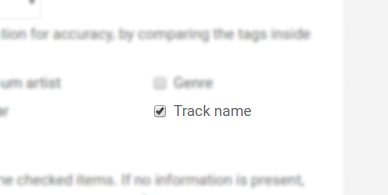 Then Apply rules, as ever.

Once an album is scanned, the summaries of compliance on the album grid will show you whether a track name is incorrect. Importantly, we've also added a track listing to the album detail page. The compliance is shown here, with a one click fix:

Of course, that list of tracks could be useful for a lot of reasons... we could adapt it to allow tag editing or maybe even allow a playback button to listen to the track so you can identify it yourself, for tagging purposes...

Further work on tag correction is going to mainly focus on adding more tags to the mix (disc number and track number are the main ones on the horizon at the moment) while also incorporating feedback.

It's important to receive feedback because I suspect there are some reasons that tag correction may not be everyone's "cup of tea" at the moment; for example it's strict about punctation and capitalisation, which maybe not everyone wants.

As an aside, this release also adds compilation checking. This is worth an extra discussion because of the way it works.

Unlike the other tags, which will ignore the tag if there's no data currently in your library, bliss always checks whether an album is a compilation or not. So if you have a compilation album without the compilation tag, bliss will always suggest setting it.

I'm calling this "strict" correctness checking at the moment...

Thanks to Kolleen Gladden for the image above.