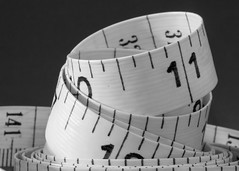 This is overall quite a large release - most obvious is also some new layout code which makes the album grid much more regular and tidier, and also a new look to the "compliance" status markers.

Tag correction - what can it do for me?

This is bliss's first foray into correctness. Correctness is the assessment of information in your music library as to whether it is consistent with online canonical sources of data about that album. For example, whether a given album name is canonically correct, whether the release date is correct for an album, and so on.

This helps spot a number of things. There're common aliases of artist and album names (think The White Album), misspellings, capitalisations and also punctuation differences. That last one is one I left in, but I wonder if people might begin to be annoyed by it, so let me know what you think.

Click Apply rules and bliss will begin assessing all of your albums' tags for accuracy!

So I'll be marking this idea as complete now!

Thanks to LC27LadyB for the image above.