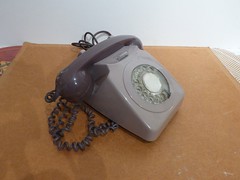 bliss isn't just used by individuals at home. bliss has been used in a professional context, rather than a home/hobbyist one, for a while now. Down the years I've worked with...

The only problem has been that bliss is licenced on a per user-library basis, where a licence can be used for a customer's library(s), or that of their household's. Or, if bliss is purchased by a business, for the business's music library. For cases where multiple libraries owned by third parties are 'bliss-ed', we typically come to a bulk-buy agreement.

As time has passed I've had more and more business from said companies, and so I've decided to make this formal - a new rolling "Professional" subscription plan which entitles the holder to office-hours telephone support (during GMT/BST office hours - 9am-5pm). The licence costs £120 per month.

On top of the telephone support, you get "unlimited fixes" to make to your customer's libraries and, of course, you get unlimited upgrades too.

Get in touch if you'd like to discuss some more!

Thanks to Elsie esq. for the image above.